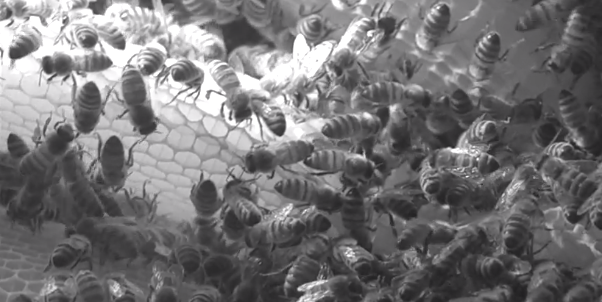 Most people wouldn’t want to go near a beehive for fear of being stung.

Now they don’t have to thanks to the efforts of Explore.org.

The organisation which live streams the daily activities and behaviours of everything from beluga whales to puffins to even weedy sea dragons has turned its attention to the humble honey bee. Canotta Squadra USA

Setting up two cameras, the team is capturing images from both the entrance to a hive that has been established inside a large hollow log, and the other actually streaming from inside the hive. lunette de soleil ray ban

The best time to see them coming and going from the hive is between the hours of 6am to 9pm Central European Time (about 4pm to 7am New Zealand Standard Time), but even if it’s dark out, it is still fascinating to see them working away inside the hive at all hours. Nike Scarpe Italia

You may notice that they seem to be working harder than usual ( well spotted!) That’s because the hive recently suffered a collapse. nike pas cher Not the kind of collapse normally associate with Colony Collapse Disorder; the bees didn’t disappear, but rather, the comb toppled over.

The honey bees are now working their abdomens off to get the hive re-established and, as of writing this, they look to be doing a great job.

From what we’ve seen so far, the camera positioned at the entrance to the hive doesn’t move at all, but nonetheless effectively captures the ceaseless hustle and bustle of the bees’ daily trips, taking off and landing as they collect pollen for the colony. New Balance Pas Cher But it’s the cameras inside the hive that is the most intriguing. I’ve had the stream open all day on my computer and have caught myself being hypnotised watching them go about their business inside, building new combs, protecting the queen, raising new generations of workers and drones, crawling around doing general maintenance, and of course producing honey.

The hive is situated in the small town of Wall, Bavaria, Germany but now anyone from around the world can get a glimpse of live in the hive.