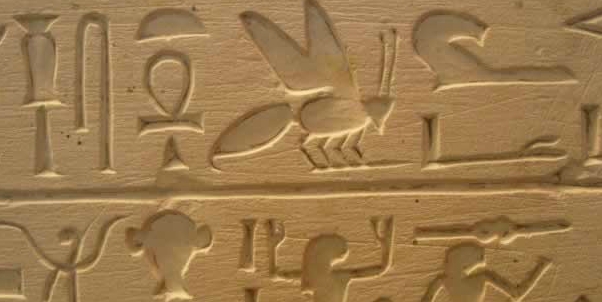 In 1905 when archaeologist James Quibell uncovered the tomb of Yuya and Tjuya, the parents of 18th dynasty Egyptian Queen Tiye, who was Great Royal Wife of the Egyptian pharaoh Amenhotep III, among the items he discovered was a jar of honey. It was noted as still being liquid, and even still preserving its characteristic scent, despite being 3,300 years old. Stephen Piscotty Authentic Jersey

So how can honey remain perfectly edible for thousands upon thousands of years, seemingly without an expiry date? The Smithsonian Magazine endeavoured to find out, and came up with a very interesting – and very complex – answer. asics gel pulse 7 męskie It all boils down to the sugar in the honey, sugar that contains very little water in its natural state, therefore providing an impossible environment for any external bacteria to live in.

As Amina Harris, executive director of the Honey and Pollination Center at the Robert Mondavi Institute at Univeristy of California explains;

Honey in its natural form is very low moisture. San Antonio Spurs Very few bacteria or microorganisms can survive in an environment like that, they just die. They’re smothered by it, essentially.

It has a pH that falls between 3 and 4.5, approximately, and that acid will kill off almost anything that wants to grow there.

So what is it that honey bees do to the honey that makes it so apparently everlasting? The answer is in the nectar. sac kanken pas cher This first material collected by bees to make honey is naturally very high in water–anywhere from 60-80%. Canotte Los Angeles Clippers But through the process of making honey, the bees play a large part in removing much of this moisture by flapping their wings to literally dry out the nectar. Asics Gel Lyte 5 damskie On top of the behavior, the chemical makeup of a bee’s stomach also plays a large part in honey’s resilience. Bees have an enzyme in their stomachs called glucose oxidase. New Balance 530 męskie When the bees regurgitate the nectar from their mouths into the combs to make honey, this enzyme mixes with the nectar, breaking it down into two by-products: gluconic acid and hydrogen peroxide. Then hydrogen peroxide goes in to work against all other organisms that could possibly grow.

A jar of honey’s seal, it turns out, is the final factor that’s key to honey’s long shelf life, as exemplified by the storied millennia-old Egyptian specimens. C.J. Mosley Ravens Jerseys As Harris explains, ”As long as the lid stays on it and no water is added to it, honey will not go bad.

We’re assuming by “bad” Harris means “ready to spread on our toast or have in our tea”. Adidas buty sklep We estimate that since our Raw & Unheated Honey is as pure as honey can get, with as little processing as possible, this is the honey in our range most likely to be able to retain all its goodness for the longest.

0
Your Cart
Your cart is emptyReturn to Shop
Continue Shopping
Calculate Shipping
Apply Coupon
Available Coupons
davorder10 Get 10% off 10% discount for patient customers who have waited for a product that is on back order.
feathy Get 0% off Free shipping for Featherston customers
loyalty10 Get 10% off 10% off the total amount at checkout for loyal customers.
since1945 Get 19.45% off 19.45% Off the total of your order as a thank you to having loyal customers since 1945.