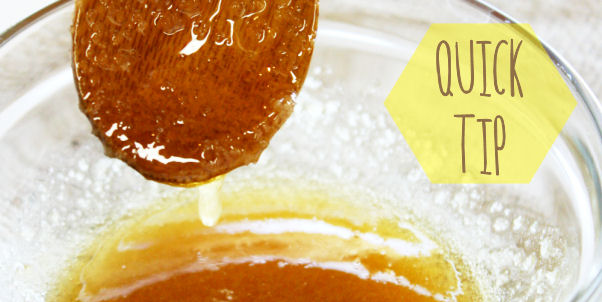 It may seem like a very simple and obvious thing to say, but you’d be surprised at just how much honey is thrown out when it’s perfectly edible. Some people mistakenly think that because honey has crystallised it has somehow gone off but this couldn’t be further from the truth. So what is actually happening when honey crystallises and what can be done about it?

There are a few reasons why honey can crystallise, but the most common ones likely to affect the honey in your kitchen are moisture content and temperature.

To put it simply, honey is basically a concoction of sugar and a little water, and such a low moisture environment discourages bacteria from growing (which is the key to its longevity as we recently posted). Goedkoop Nike Air Max 2017 However, such a dry environment means crystallisation is likely to occur.

If honey is stored in a very warm environment, it will generally take longer for the process to occur, however the honey may not retain all of its original goodness for as long. But stored in slightly too cool an environment and crystallisation will begin much sooner. Boston Celtics The ideal temperature to store honey is generally considered to be around 21°C (70°F).

Since honey normally exists below its melting point, it is a supercooled liquid, and at very low temperatures, honey will not freeze solid. Instead, as the temperatures become colder, the viscosity of honey increases, and below 5°C (41°F), the honey will not crystallise at all, so the original texture and flavor can be preserved indefinitely. Soldes Chaussures Asics Even shaking the honey can affect the crystallisation process, with crystal nuclei (seeds) tending to form more readily if the honey is disturbed rather than if left at rest.

So is crystallisation bad for honey? Basically, no. Jarrett Lee – LSU Tigers In fact honey producers, The Apiary included, need to crystallise some of our honey in order to create products like our Creamed Clover Honey. New Balance 997 damskie It’s done by using a method of controlled crystallization, whereby honey is alternately cooled and heated in order to produce that rich and creamy honey you’re probably more likely to have on your toast. Our Raw and Unheated Honey is unprocessed and so in its natural state remains perfectly runny and yummy, but if left in too cool a place will begin to crystallise, however fear not as it’s still perfectly enjoyable.

If you open your larder one day and find that your honey has crystallised, there are a few things you can do.

First off, you could try using it as an even simpler facial mask recipe idea than our three recipe facial mask we mentioned recently; the crystals will help with exfoliation and the anti-bacterial properties of the honey will soothe the skin.

But really, honey is best enjoyed when eaten, so if you want it reverted back to its natural runny state then you can either place the jar in a bowl of hot water for five to ten minutes, or for an even quicker solution, pop it in the microwave for about 30 seconds. Note, one other benefit to using glass jars, as well as their upcycling potential, is that it rules out any possibility of anything leaching out of a plastic container into your food when microwaved, albeit a very small possibility.

Here’s another handy tip we’ve found on our many years of enjoying honey, for those of us who like it in our tea or coffee instead of sugar. Nike Air Max 2017 Heren wit If you’re down to the last of your honey then simply pour in some of the hot water you’re going to use for your cuppa into the jar. Pop the lid on, give it a good shake, then pour it out into your tea. It’s an easy way to both rinse out your jar while wasting as little honey as possible.