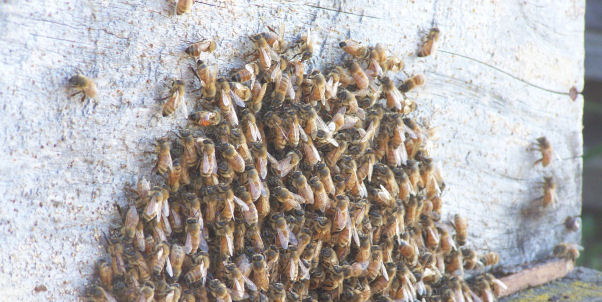 It seems the only time honeybees make the news nowadays is when yet another region declares a crisis in their numbers, Texas A&M Aggies with varroa mite or colony collapse disorder (CCD) chief among the culprits for the decline. 2017 nike air max pas cher Well thankfully Hawke’s Bay is bucking the trend and has come good news on the honeybee population front. The motto for the eastern North Island region is “Safeguarding Your Environment”, Adrian Peterson – Oklahoma Sooners and that’s just what the good people of Hawke’s Bay are doing for the honey bee too.

Since varroa mite has hit managed hives in the area, hive treatment have subsequently allowed them to withstand the disease, Mochilas Kanken Big and numbers have actually grown, Nike Free Run Homme with hive numbers rising 7% to 450,000 since last year. Honey crops are also on the up, asics gel lyte 5 mujer negras with the 2011-12 season reaching approximately 10,300 tonnes, a further 10% increase on the year before.

Beekeepers are required to send information to Assure Quality, the food safety and biosecurity organisation, asics gel nimbus uomo while aerial inspections of hives are encouraging beekeepers to keep more accurate records, so more beekeepers have registered and are filing paperwork for the hive sites.

The rise of dairying has reduced pollen sources in Canterbury and beekeepers were providing supplementary feeding of “protein paddies” for the bees to feed their eggs, until the clover flowering came through. However,

natural protein through pollen is believed by scientists overseas to be the best deterrent for safeguarding bees against diseases such as colony collapse disorder,

a problem in the United States.

With such good processes in place to ensure the sustainability of commercial beekeeping, and research like that being done by Otago University into breeding varroa-resistant bees, let’s hope the trend of healthier numbers continues across the country.